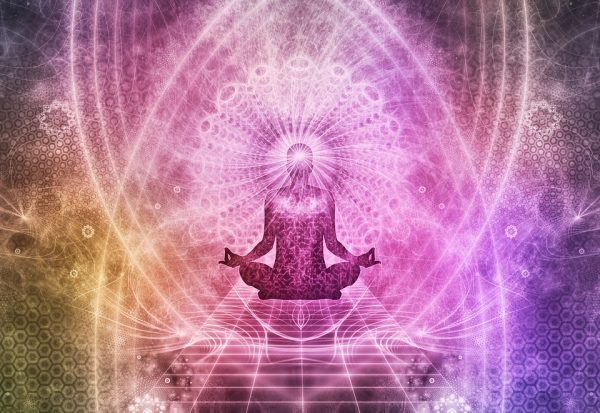 For many centuries the topic of mindfulness had been disregarded by many in the West as an Eastern curiosity belonging to ‘others’ in the East. But that has changed over the last decades. Mindfulness has today found its way into the daily lives of many people in the West. It’s hard to open a magazine without seeing mindfulness being mentioned.

Many successful companies have now incorporated different mindfulness techniques into the routines of their organizations, including Google, General Mills, and Apple. Steve Jobs, Apple’s founder, was a Zen Buddhist. He was very open about how the time that he spent meditating in India, shaped his view of the world – and ultimately influenced Apple’s product design.[i] Schools across the world have also started to incorporate mindfulness meditation as a standard part of their daily curriculum. Firefighters are using mindfulness techniques to reduce anxiety whilst fighting fires, and prisoners are using it in prisons to develop more self-control.

Does mindfulness work to improve self-control? The organizations that apply mindfulness in their daily routines seem to think so. Take General Mills for example. One study showed that eighty-two per cent of its employees who participated in a mindfulness course said that they eliminated unproductive tasks from their work – up from 32 per cent before the course. Eighty percent of General Mills’ senior executives who took a course, reported a positive change in their ability to make decisions. Eighty nine per cent of those same execs said they became better listeners.[ii]

Another firm that had positive experiences with mindfulness is insurance company Aetna. Employees reported a one third reduction in stress levels after incorporating mindfulness into their work routines[iii].

And then there’s the Robert W. Coleman elementary school in Texas who used mindfulness meditation sessions as an alternative for punishment[iv]. The number of students suspensions went down to zero. Studies into the psychological well-being of prisoners has also shown that regular mindfulness meditation helps prisoners address their anxiety, substance abuse issues and violence.[v],[vi],[vii]

Science seems to back up the benefits that organizations say they experience from mindfulness. People who practice mindfulness show a strengthening in various areas of the brain that control emotions[viii],[ix]. Mindfulness reduces stress, and lowers the level of cortisol. As you may remember, that’s the stuff that blocks the Regulator from keeping the anxious Survivor in check. Without the Survivor working overtime, thought patterns become more positive, and the mind becomes calmer and more focused.

So back to my own search for a way to get rid of my crazy negative thoughts about myself and my uncontrollable behaviors. After I had read all the benefits of mindfulness a friend of mine suggested I attend a 10-day Vipassana course. Nothing else had worked so far to deal with my crazy mind, so why not give it a go? Each day of the course started at 04:30 and ended at 21:00 – with two meals and one helping of fruit. Throughout the day, interspersed with breaks, I sat in a room with forty others, our eyes closed. The first three days I focused on my breath and on the sensation in and around my nose, zooming in on just the nostrils. Gradually I started to feel the slightest of sensations under my nostrils, as if little ants were crawling around them. The remaining days were spent spreading out that heightened sense of awareness  across the entire body – until I felt my entire body vibrate. It was the weirdest thing I had ever felt. Then on day four all of a sudden – “poof”: my body felt like it had dissolved. I could observe myself without experiencing that I was myself. My perception of time changed and reality became nothing but some ‘happening’ in the moment. No fretting about the past, no predicting the future. Just a happening in the now. Don’t ask me what ‘happening’ is. I still can’t explain it in words.