Why do we call some people ‘of color’? 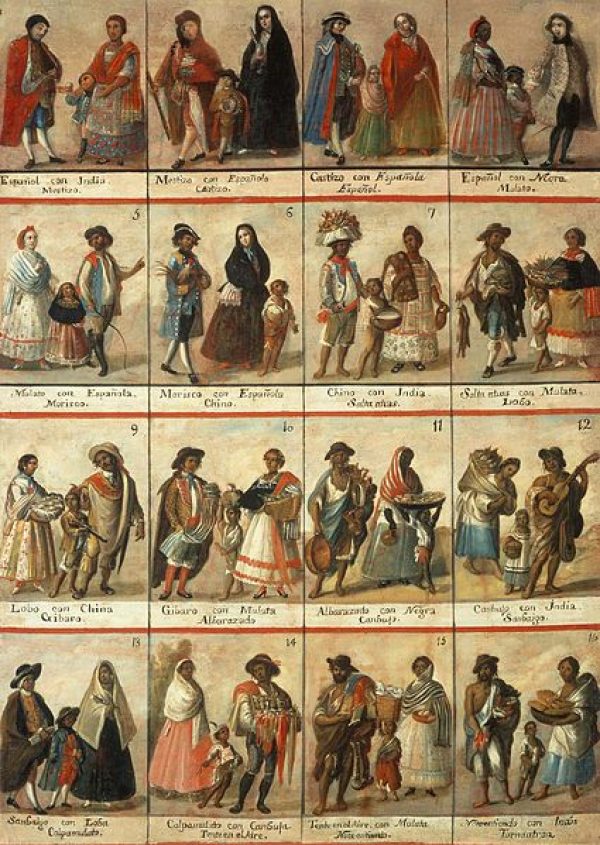 Race. A word. A distinction between people often based on skin color that we now take for granted. Yet biologists agree: race doesn't biologically exists. So where does the story come from?

Cinnamon, turmeric, pepper, ginger. Not really the stuff of dreams today, but in the fifteenth century they were among the treasured spices that formed the basis of the ‘spice trade’ between civilizations in Europe, Northeast Africa and Asia. What happened when the Muslims in the Middle East and North Africa blocked the trade route in spices over land? Well, the Europeans searched for, and found a route by sea. Our story of European colonialism starts in 1420. In that year the Portuguese ‘discovered’ the Madeira Islands off the coast of Africa, after which they continued to explore the West African coast. In 1441 force came with their explorations: they attacked a village on the coast of the Gambia and captured twelve of the village’s inhabitants. This event kicked off the slave trade between the Portuguese and the Africans. A similar trade run by Africans and Arabs between the Sahara and the Indian Ocean had already been around since the ninth century. This time, African slaves were made to work on the Portuguese sugar plantations on the Madeira Islands – plantations which the Portuguese found too harsh to work on themselves.

The Portuguese navigated down and around the African coast and they soon found out that the earth wasn’t flat after all. In 1470 a Florentine astronomer made a suggestion to the Portuguese king: to reach Asia and its riches, sail west instead of east around Africa. The Colon (Columbus) brothers from Genoa caught wind of the idea and shopped it around. The Portuguese had already reached the Cape of Good Hope to the South of Africa, and they remained focused on the southeasterly route. The Venetians and Genoans weren’t interested in the brothers’ plans either. Eventually in 1491 Cristóbal Colon found a listening ear with the Catholic monarchs of Spain, Ferdinand II and Isabella I.

Colon’s perceptions of natives were shaped by the Spanish view regarding non-Christians at that time. In the year Colon left, the Spaniards had expelled all Moors and Jews from Spain. For centuries Christians had viewed those labeled as non-Christians with much anxiety[i]. Muslims were considered to be barbarian and degenerate heathens. Jews weren’t much better. The Spanish Inquisition had persecuted non-Christians for years and many had converted to Christianity. There was a problem with converts though: they couldn’t always be physically distinguished from ‘real’ Christians. So in 1480 the Spanish Inquisition had come up with a solution for this problem: blood purity laws or  ‘Limpieza de Sangre’. These laws stated that religious faith was an inner essence of purity that passed from one generation to the next and required proof. Those who were pure were superior to those who weren’t. Those who weren’t pure couldn’t get a job in public office. It’s against this background of non-Christian expulsion and ideas of Christian superiority that Colon boarded his ship the Santa Maria and set off for the New World.

Transporting Spanish women across the Atlantic to be with their husbands was quite a task. This left the Spanish government no alternative but to allow its men to mix with the indigenous women. Soon interracial relationships led to a tricky question though: what to do with the land which had been awarded to the Spaniards as a reward for their services after their deaths? Could it be inherited by children of mixed descent? The answer came in 1570, when it was decided to extend blood purity laws applicable in Spain, by building a caste system across the Spanish colonies.[i] In contrast to Spain however, where purity and superiority was based on religion, it was now based on sixteen shades of skin color. It was the birth of racism.

As the Spanish historian and monk Fray Prudencio de Sandoval, put it in 1604[ii]:

“Who can deny that in the descendants of the Jews there persists and endures the evil inclination of their ancient ingratitude and lack of understanding, just as in the Negroes [there persists] the inseparable quality of their blackness. For if the latter should unite themselves a thousand times with white women, the children are born with the dark color of the father. Similarly, it is not enough for the Jew to be three parts aristocrat or Old Christian, for one Jewish ancestor alone defiles and corrupts him.”

[i] Lockhart, James, and Stuart B. Schwartz. Early Latin America: A History of Colonial Spanish America and Brazil. No. 46. Cambridge University Press, 1983.