Comparison is the thief of joy 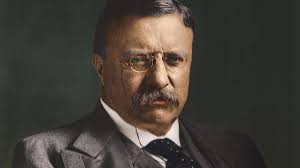 Theodore Roosevelt once made this remark that today seems to go unheard. Why is he right?

You probably know the saying: “Monkey see, monkey do.” It’s our species’ way of learning skills from others so we can survive. But what if the skill is one that can’t be copied so easily? And who determined that the skill was important to begin with?

In the animal kingdom, not having a certain skill meant exclusion from the group – and probably a fatal encounter with a crocodile. Today we still feel that emotion of ‘not being good enough’ and it results in low self-esteem. It’s an alarm bell that avoids us from becoming crocodile meat.

Today stories continue to be a determinant of rank, a social totem pole to climb, a code to categorize others, a prescription for behavior and an obsession for thoughts so we can survive. They continue to determine our “emotions” of self-esteem. Many people still think and talk in terms of others who are at the ‘Top’ of the organization, or at the ‘Bottom’ of society. Just think back to this morning when you looked in the mirror or posted that selfie on Facebook. What was going on in your subconscious mind? Most likely avoidance of social exclusion – avoidance of the crocodile. You were measuring the chance you would be accepted by others based on some story on how you should look. People still continue to talk about having some kind of measurable value.

Most people want to be perceived as beautiful and important. They want to be listened to, looked up to, loved, admired and accepted according to some story – because if they don’t, they have the feeling that they will tumble down the social totem pole towards loneliness where a crocodile awaits them. To determine their chance of falling, people look at others to measure their value using the same stories: “Does he have a more expensive car than I do?” (who says expensive cars are better?), “Is her hair longer than mine?” (who determined that long hair is more attractive?), “Am I more intelligent than him?” (who considered intelligence a key differentiator?), “Is he on a higher office floor than I am?” (who cares?). “Does she have more likes on her Facebook than I do?” (urgh)

By holding on to stories of how the world works and how people within it are ranked, stories can become part of people’s self-consciousness of who they are, and how much value they have. Many people today don’t feel they are someone unless they do something or have something. They feel a certain emptiness inside which is nothing but a neural tension that moves us to survive. Yet people have come to interpret this emptiness as not doing or having something. They then try and fill that emptiness with stories of career, wealth, objects and gods that will keep them safe. But holding on to such stories is less an action of faith, than it is an action of fear.