Why are more African American and Latino children born out of wedlock? 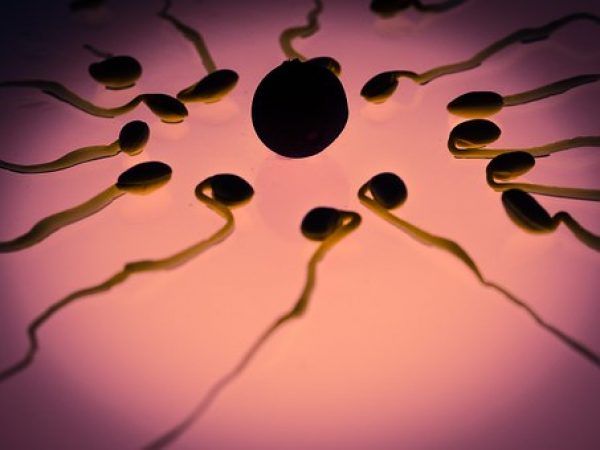 I can't count how many times I have had Dutch people say to me: it's quite normal for "you people" to have multiple partners at the same time isn't it? On the face of it, a quite dumbass remark, but looking around at many folks here in the Caribbean there may be some truth to it. But where does certain behavior come from? Is it "us people" or is it something to do with how we have been made to believe who we are?

Postcolonial author Franz Fanon once described the colonizer’s view of the colonized’s sexuality as follows: “As for the Negroes, they have tremendous sexual powers. What do you expect, with all the freedom they have in their jungles! They copulate at all times and in all places. They are really genital. They have so many children that they cannot even count them. Be careful, or they will flood us with little mulattoes.”[i]

Here’s an alternative idea to explain increased sexual behaviors: nature has a number of simple laws. One of them is that nature finds safety in numbers. It explains why turtles – creatures whose offspring are always under threat from predators – lay so many eggs at the same time. Despite predators eating about ninety percent of the hatchlings, there are so many that enough of them still find their way to sea to live on. With this in mind, let’s move beyond the story of color to see if this law can help to explain human sexual behavior. ‘Life history theory’[ii] is a theory of evolution that suggests that stressful environments can lead to short-term oriented mating strategies. By adopting noncommittal bonding strategies towards mates and offspring, males who have become insecure by their environment, maximize their chances of survival. Could this theory help to explain the often cited increased focus on sexuality and weak family structures of colored people?

In the United States Black men show a high rate of avoidant personalities[iii],[iv],[v] while Hispanic men show a high rate of borderline personality disorders[vi]. Such behavioral orientations seem to indicate that both ethnic groups live under more stress than white people do. Through the lens of life history theory, this higher stress level would subconsciously drive them towards engaging in more sexual behaviors. It would also drive them to move from one female to the other to create more offspring. It’s a crazy idea (and I’m sure it will attract a lot of criticism) but it seems to be supported by the data: in the United States both Black and Hispanic people show higher fertility rates and also higher birth rates out of wedlock[vii] than White people[viii].

If the evidence so far isn’t compelling enough to convince you that fertility is not based on race but a matter of survival, look at Whites from a lower social economic status (economic status is another story of inferiority, this time based on wallet size). Remember the stories of their sexual escapades from the Jerry Springer show where everyone was having sex with everyone else? Poorer Whites also exhibit a higher level of avoidance[ix], and similarly show a lack of relational commitment[x],[xi],[xii] and higher fertility rates[xiii],[xiv]. It goes to show that perceptions that are shaped by the story of low wealth can also lead to stress. Just like the story of color.

If poverty is a stress factor that leads to more children, shouldn’t such a pattern be seen across the world? You would be right. Look at any global list of fertility rates: it shows that poor countries have a higher fertility rate than richer ones. African countries have the highest fertility rate, while European and East Asian countries have the lowest. This fertility has nothing to do with creating more offspring to work in the fields as many people have argued for decades. It has to do with people’s innate urge to survive when they are trapped in a story that keeps them living at the Bottom.

Allow me to digress for just a moment while we’re on the topic of survival. the stress of war has another strange influence on fertility: it determines the type of gender that is born. Scientists have found that during and after major wars more boys are born. It’s called the returning soldier effect[xv]. Strange but true. Now back to our many ‘story’.

The above examples seem to show that living at the Bottom can lead to stress, and that living in stress can shape sexual behaviors. The data indicates that such behaviors are notdefined by color. Rather they are driven by people’s low perception of control, triggering a survival strategy that is rooted in evolution.

For more or to buy Breaking Rank go to Amazon.com.